Twin Tail (ツインテール, Tuin Teiru) is a prehistoric insect-like kaiju and one of Earth's fearsome beasts that also happens to be the favorite meal of the predatory Gudon.

When a ancient egg was dug up in a construction site, GDF was called to the scene to dispose of the egg but with no success, after one of the members shot it with a ray gun, he declared it an oddly shaped rock. 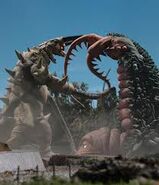 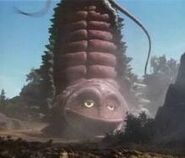 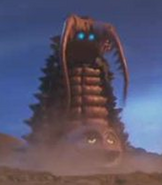